By increasing public awareness about Radon and its health effects, more people expect Radon Resistance New Constructions (RRNC). During the construction period of a RRNC, the general contractors install a passive Radon mitigation system. With the help of the stack effect and some pipes, this passive system collects the air coming from the soil and exhausts it in a proper location on the roof. Even though the RRNCs are not equipped with a Radon fan, an appropriate place for a potential one is already anticipated. Therefore if the passive approach is insufficient, adding a Radon fan and changing the mitigation system to an active one would be easy. ✅  How to determine if a new construction needs the passive Radon mitigation system?

An easy answer would be soil gas testing. In this method, to recognize the potentiality of soil, a series of tests are performed before the construction phase. However, this method has some disadvantages.

✔ Presenting the Radon source is not the only element of having indoor Radon gas. Other important parameters, such as the pathway, could be different from one block to another.
✔  During the construction, the soil will be disturbed a lot, and the result of the soil gas test may not be valid anymore.
✔  The dynamic of an occupied house is very different from land without any constructions.
✔ It is easy to install a passive Radon mitigation system in new construction. It may be even more affordable than performing a soil gas test.

☢ Soil testing to decide which new building need a Radon Passive system has not proven to be a good predictor. Instead, the Radon potential maps or knowledge of the frequency of elevated homes in the area is a better indicator.

🤷  Why not wait until the construction is finished?

✨Designing the passive Radon mitigation system in advance makes it feasible to improve the aesthetics by hiding the pipes and deciding a good location for the Radon fan.
✨Making a sub-grade more permeable during construction and routing the pipes through warm chases creates a natural stack effect, which may take away the need for a Radon fan.
✨Building an RRNC adds value to the new constructions.

There are different methods for building a Radon resistant house. They all have one thing in common: They make collecting Radon from the soil gas easier

🚧  Creating a more permeable sub-grade
Making sub-grade permeable is an easy method to improve soil gas collection. This is a suitable method when aggregate is already required or when it is inexpensive.

🚧  Putting continuous loop of perforated pipes
Putting a perforated pipe reduces the distance that soil gas must move to find an escape path and be collected. This is a suitable method when aggregate is not required or when it is expensive.

🚧  Putting Drain Mat
Radon Mat is similar to the perforated pipe. In this method, instead of using pipes drain mat is used. Drain mats are more expensive than pipes but putting them is faster.

In the upcoming number of RadonMarket Mag, we will talk about this method in detail.

✅  Is Radon passive system enough for reducing Radon to an acceptable level?

Studies in the united states show that passive systems reduce Radon levels by 50%. Some reasons may cause a passive system not to work as it is expected. It could be due to not enough sealing, putting pipes in the exterior walls and reducing the stack effect, not extending the exhaust point of the pipe up through the roof, or simply in the presence of a very high Radon level. When the passive system is insufficient, adding a Radon fan and reducing Radon to an acceptable level is easy.

🔔  It is very important to note that having a passive system installed in RRNCs does not mean that they are Radon free. The only way to know about the indoor Radon level is by testing. 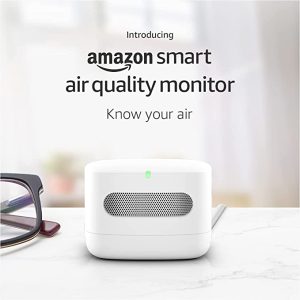